While doing Rudrabhishekam to Lord Shiva, My father explained geometry involved in Mantras of Chamakam.


The tenth Anuvaka of Chamakam consists of the following Manthras.

The Manthra is in Sanskrit is as follows: 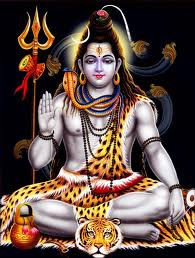 Meaning of the above Manthra ( Following meaning may be exact, but inner meaning can be different. Scholars are capable of providing the real meaning of it )  :

Let me be granted the numbers  one, three, five, seven, Nine, eleven, thirteen, fifteen, seventeen, Nineteen, twenty one, twenty three, twenty five, twenty seven, twenty Nine, thirty one, and thirty three, and numbers four, eight, twelve, and sixteen, twenty, twentyfour, twenty eight, thirty two thirty six, and forty forty four, and forty eight to ensure food and its production, its continuity, and the urge to enjoy, the origin of all productions, the sun, the heaven, the head of all, the infinite, the all pervading like the sky, time and the like present at the end of total consummation exists at the end of it on the earth as universal form, the Antaryami the immortal, the inner ruler of every thing, the omni present and omni potent. 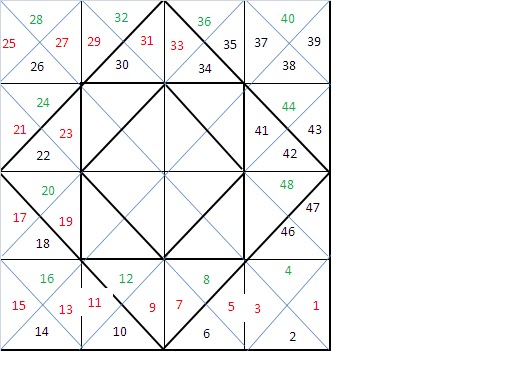 As explained above, the numbers observed initially are uneven numbers 1,3,5,7,9,11,13,15,17,19,21,23,25, 27,29,31, and 33. All these numbers are colored in "RED" in the above diagram.The entire square is divided in to 16 small squares and 64 triangles. If the entire square is folded in the Middle, both sides are symmetric; that is the place where the number 33 crossed the Middle of the square.  Each small square is symmetric with crossed lines forming triangles. 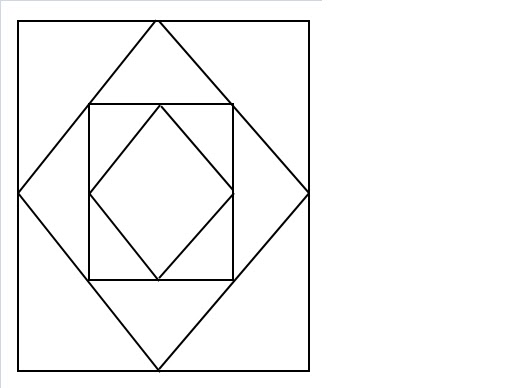 This is the construction methodology that is followed as the roof of the Garbhalayam above the main deity inside every Hindu Temple.

Even Pythogorean theorem is explained internally in the Hymn. Pictorial description is as follows: 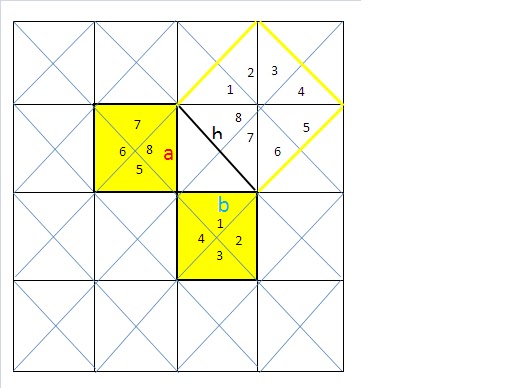 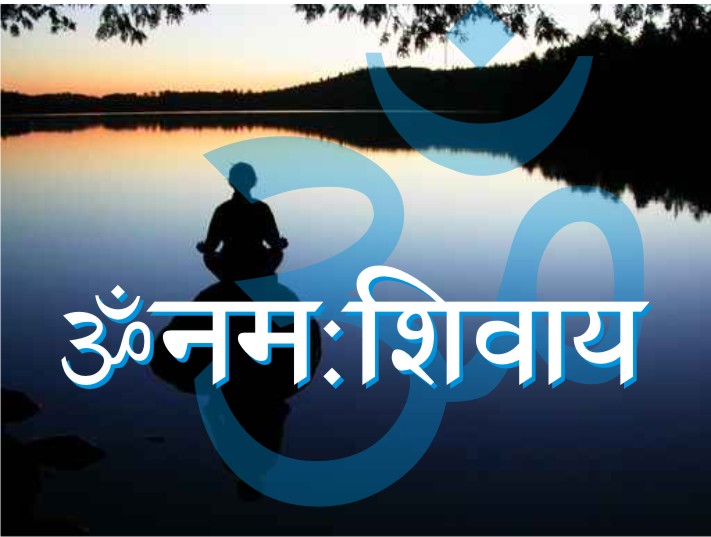